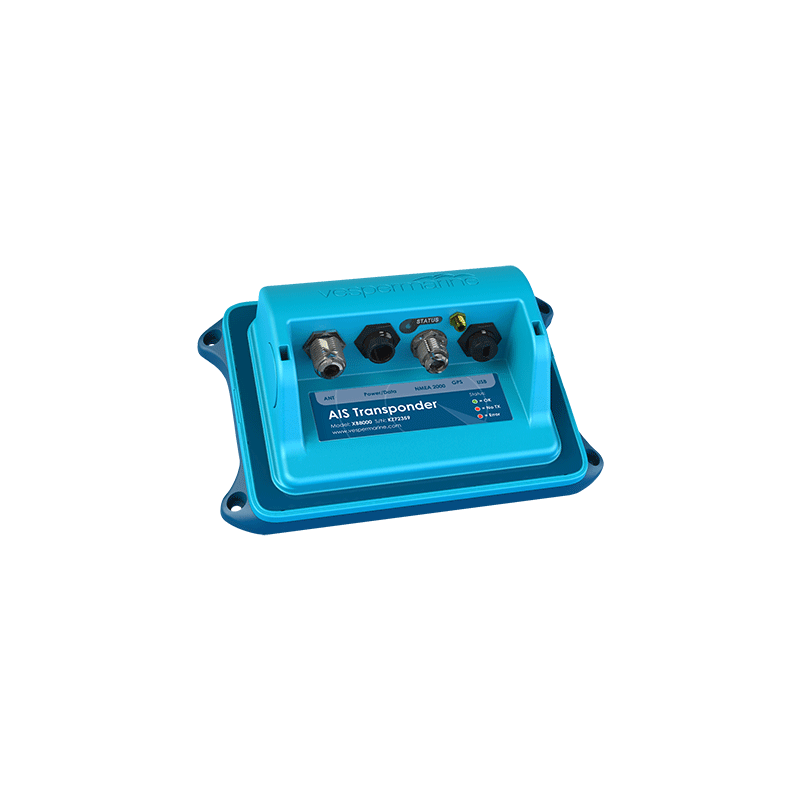 Allows to retrieve most NMEA data on an iPad for navigation nd AIS monitoring !

Normally less than 1 week delay (please check with us)

- a wifi router for transmitting information to one or more tablets or smartphones.

The AIS transponder consists of a class B transmitter and a dual channel receiver (A&B). It is an essential element of safety since it signals your position and your course to other equipped boats, unlike a simple receiver.

Like all AIS, it uses VHF frequencies. It can either have its own antenna or share the VHF antenna. In the latter case, it will be necessary to add a good quality splitter* because it is necessary that the system can continue to transmit continuously without disturbing the use of VHF. The antenna connector is in PL259 format. The splitter recommended by Vesper Marine is the SP-160.

The built-in GPS is used first to transmit your position within AIS transmission. It is a powerful 50-channel GPS with an external antenna. But this GPS also serves as a fixed GPS whose data is made available on the on-board network. It offers a high refresh rate (up to 5 Hz, or 5 measures/s)

The unit is supplied with a cable and an external "mushroom" antenna for GPS. This antenna can stay indoors on most plastic boats, GPS reception is often good indoors.

The XB-8000 is NMEA 2000 certified and has a NMEA2000 Micro-C type input/output connector that can plug into any standard NMEA 2000 network (read our file), including Seatalk NG, Garmin and Simnet. (data cables not supplied).

In addition, the XB-8000 includes an input port and an output port for NMEA0183. Older generation equipment can therefore be connected in/out.

- NMEA2000 data normally flows in both directions in the NMEA2000 network through the NMEA2000 input/output socket mentioned above.

- some NMEA2000 onboard network data (heading, wind, speed, temperature, depth and log) are translated on the fly into 0183 and sent to NMEA0183, USB and wifi outputs.

- internal GPS and AIS data are made available in the NMEA2000 network and on the 0183, USB and wifi outputs.

Attention: this is not a wifi router for internet access as offered here! However, the XB-8000 offers routing functions that allow up to 5 devices to be connected simultaneously via wifi (PC, tablet or smartphone). It can also be connected as a client of an existing wifi network. Its wifi network is protected by WPA encryption.

The XB-8000 will be chosen primarily to add an AIS transponder to your installation, but can also serve as a NMEA network node for tablet or PC display (via USB output): 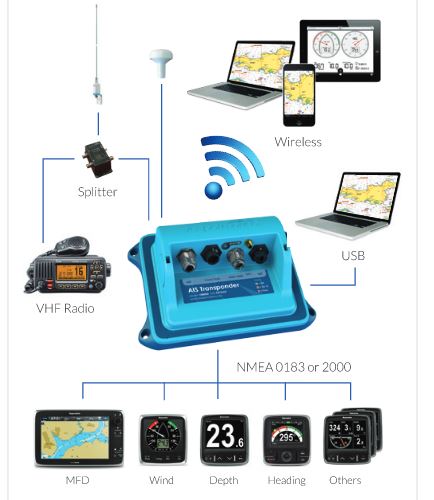